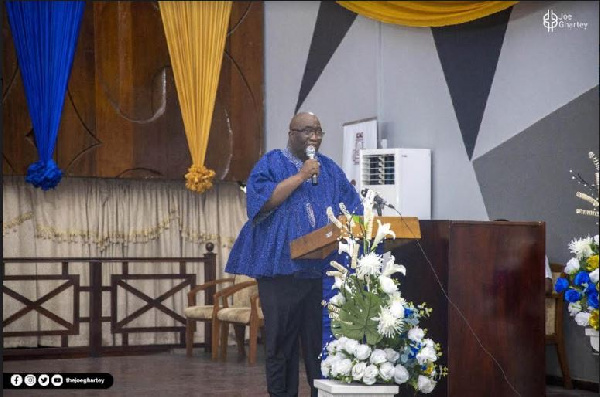 Ghana in a Unique Position to Leverage Software Development

Joe Ghartey, presidential candidate of the ruling New Patriotic Party (NPP), said Ghana is in a unique position to leverage software development and IT outsourcing to contribute billions dollars to the country’s gross domestic product (GDP).

He made this known in a speech to student leaders at the University of Ghana (UG).

The veteran politician was hosted by the University of Ghana Student Representative Council (UGSRC), under a program called “The Dissect”. He delivered the keynote address at the event organized under the theme: “Mobilization for the Future of Ghana: The Role of the Student in the Development of the Nation”.

According to the Hon. Ghartey, in 2020, IT outsourcing accounted for 8% of Indian GDP.

He noted that “if Ghana can expand its talent pool, it is possible to capitalize on similar opportunities and eventually get 8% of its GDP from IT. This would add $5.6 billion to GDP. The majority of this revenue would come directly from overseas, having the direct benefit of also strengthening the Ghana Cedi and raising the living standards of all Ghanaians”.

Urging students and the younger generation of Ghanaians to take information technology seriously, Hon. Ghartey observed the important role that technology was playing in the rapid development of nations around the world.

He said: “Most of the world’s new billionaires come from tech. A lot of the biggest new companies in the world are internet-based businesses or apps. Instagram, TikTok, snapchat, amazon.”

He added that “the people who build these programs are coders or software developers. The next big company’s coders are in school right now. It’s not me or someone my age who will build this technology. It’s you. It’s the students who are learning the next technologies.”

According to him, the Internet has opened up new opportunities for low-income countries (developing countries) to create new economies. Economies where we export not just gold or natural resources, but the products of our minds. This capital, this asset, this wealth of the future is built every day in the minds of Ghanaian students.

A breakdown of software development types for small businesses