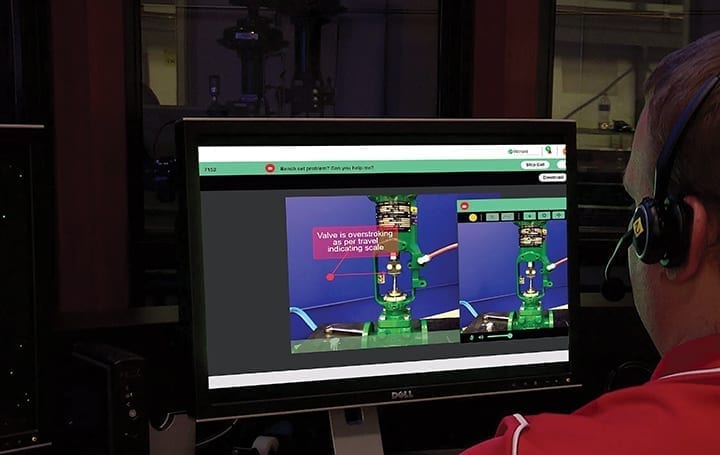 Emerson Electric Co. has announced that it will merge its software business with rival Aspen Technology (AspenTech) in an $11 billion deal that will bring together the two companies’ expertise in industrial software applications. This is Emerson’s latest initiative to support the rapid growth of digitalization in the power generation industry.

“We saw an exciting opportunity to accelerate our software strategy to capitalize on the rapidly changing industrial software landscape and advance the journey of Emerson’s high-value portfolio,” said Emerson CEO Lal. Karsanbhai, in a statement on October 11. AspenTech shareholders will receive $87 per share in cash and 0.42 shares in stock of the new company, the companies announced Monday. Emerson will contribute $6 billion in cash to the new venture, taking a 55% stake.

“Our customers are increasingly looking for partners to help them achieve better performance by automating workflows in their facilities to optimize operations,” Karsanbhai said. “The new AspenTech will become an engine for both acquisitions and organic growth.”

Emerson, a technology and engineering company based in Ferguson, Missouri, continues its drive to become an industrial software provider. The electric utility company works on projects to optimize plant production and support the modernization of the US electric grid. Last year, Emerson agreed to pay $1.6 billion for Open Systems International (OSI), an operations technology software provider serving the global energy industry. The agreement announced today will incorporate OSI technology, which is designed to support digital operations to more seamlessly integrate renewable energy resources into the power grid and improve energy efficiency and reliability. .

The new company will retain the AspenTech name

AspenTech, based in Bedford, Massachusetts, makes software for companies in industries such as energy, chemicals, manufacturing, metals and mining. The company reportedly considered selling all or part of itself. The new company will retain the AspenTech name, as well as its Massachusetts headquarters, and will be led by current AspenTech CEO Antonio Pietri.

“Today’s announcement marks an exciting new era,” Pietri said Monday. “This transaction allows us to strengthen our position as a highly diversified industrial software leader, poised for significant growth, strong financial performance and a vehicle to drive future software acquisitions, while delivering immediate cash value to shareholders. from AspenTech. The new AspenTech will benefit from a broader and more diverse market, which we can serve with a comprehensive software portfolio, an expanded global sales channel and an even stronger balance sheet bolstered by Emerson. Additionally, this transaction expands our ability to support the sustainability ambitions of our customers globally. »

Emerson and AspenTech said Monday they expect the new company to realize efficiencies of about $16 per share, or nearly $1.1 billion, through cost savings and leveraging Emerson’s $120 billion installed equipment base, as well as its 12,000 strong sales force.

In a press release, the companies said the new AspenTech “will provide differentiated offerings in industrial AI and asset optimization with Emerson’s network modernization technology, advanced distribution management systems and geological simulation software.With strong Emerson capabilities, the new AspenTech will have an end-to-end software offering and will be even better positioned to help customers improve their safety, reliability and production while reducing shows.

The companies noted that AspenTech’s new software “is also scalable and adaptable to emerging green energy markets and will be well positioned to meet the sustainability needs of blue chip customers in current and new energy transition markets.” such as biofuels, hydrogen and carbon capture.”